Maureen Quin turns eighty in 2014. This eminent sculptor began her career in 1954 and after sixty years she is still energetically and passionately involved in creating powerful works of art. Still an active sculptress, so much so that in 2013, she was commissioned to do a portrait of Nelson Mandela for the garden of 20th century peace icons, at New South Wales University, Australia. The commission was put out to tender and she was chosen as the preferred artist. This sculpture was unveiled in Australia last year. To see this work and her more recent works go to www.quin-art.co.za or follow her on Facebook under Quin Sculpture Garden.

Such an achievement calls for a celebration that only a retrospective exhibition, titled Quin, the Retrospective Year, and a book can rightfully express. A lifetime representation of her sculptures, drawings and paintings has been curated and catalogued for the retrospective exhibition. The exhibition will travel to three or more centers where the holistic excellence and interconnectedness of her oeuvre will eloquently speak of the artist’s search for the essential realities of the spirit of life, within the ambits of sculptural form.

To mark this milestone, we are proud and excited to announce that the following institutions have welcomed the idea of hosting and funding “Quin, the Retrospective Year” exhibition 2014/2015

In total there will be 63 works, including drawings and paintings.

To commemorate the extraordinary achievements of this artist a book, “Maureen Quin: Sixty Years of Excellence”, of significant social and academic value has been written by Virginia Reed in collaboration with Maureen Quin. A hard cover with a dust jacket, as well as a leather bound collector’s edition has been published. Among the contributors to the book are Dr. Muller Ballot, art historian, who offered to write the foreword; Professor Elizabeth Rankin, art history lecturer and historian (New Zealand) has written an essay “Memories of Maureen, Moore and Modernism”; and Deon Lemmer, artist and PhD graduate, who wrote “An exploration of the developing artistic vision of Maureen Quin from the post-Paris period onwards”. Heilna du Plooy gave us her poems on the Hunt Series to use in the book and Jay van Wyk recalls the beginnings of his Quin art collection. 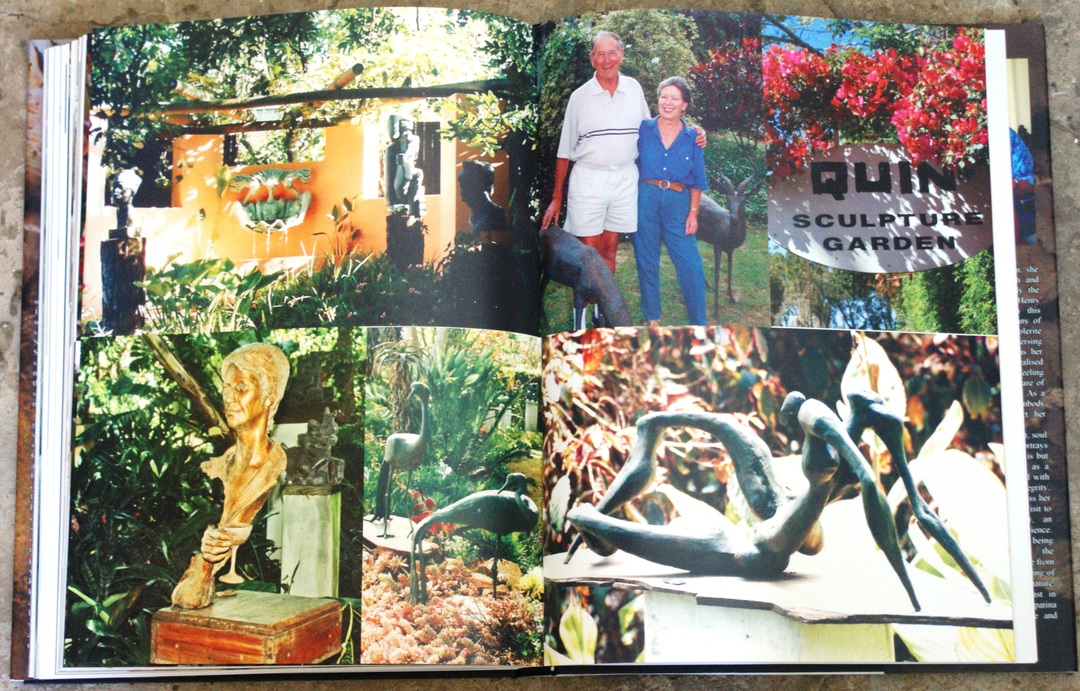 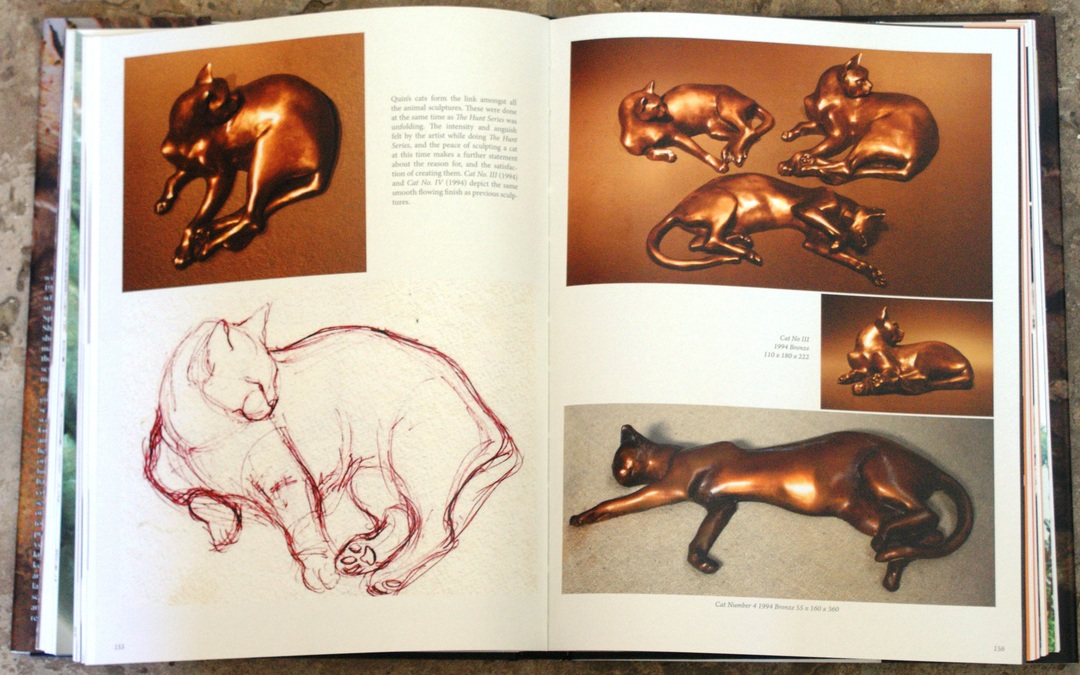 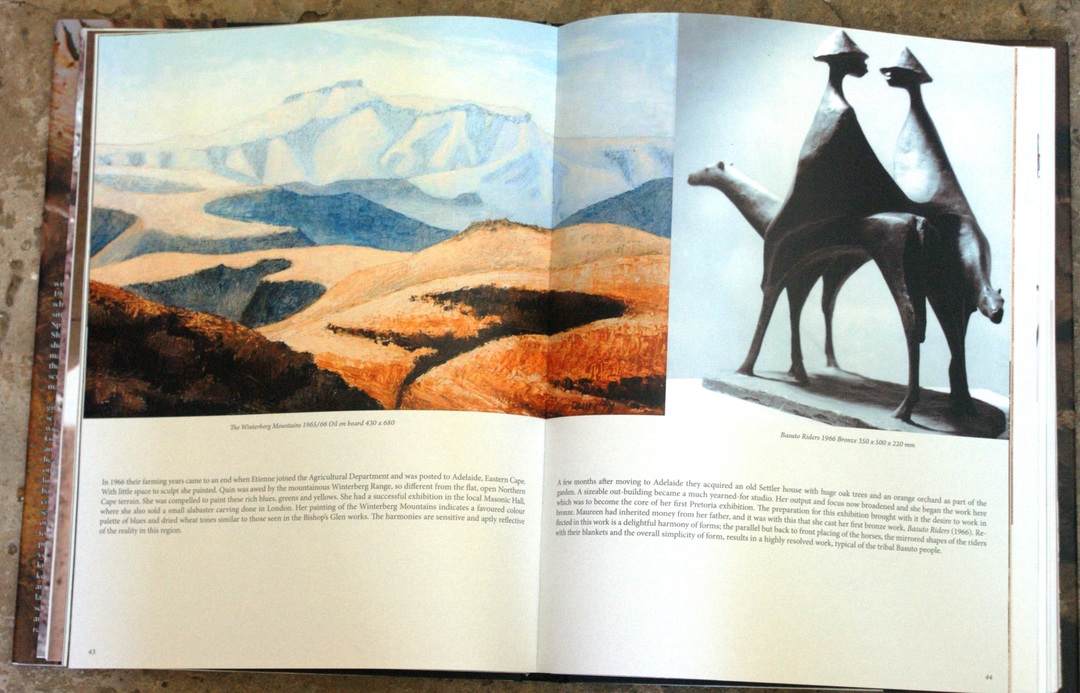